30th July 2016 marks the “world day against trafficking” that reminds us that we all have to come together with the strong will to bring positive change and to eradicate crime & human trafficking from this beautiful world. The General assembly of United Nation declared the day, looking at the necessity to raise awareness about the situation and state of mind of the victims of human trafficking and for the protection of their rights. 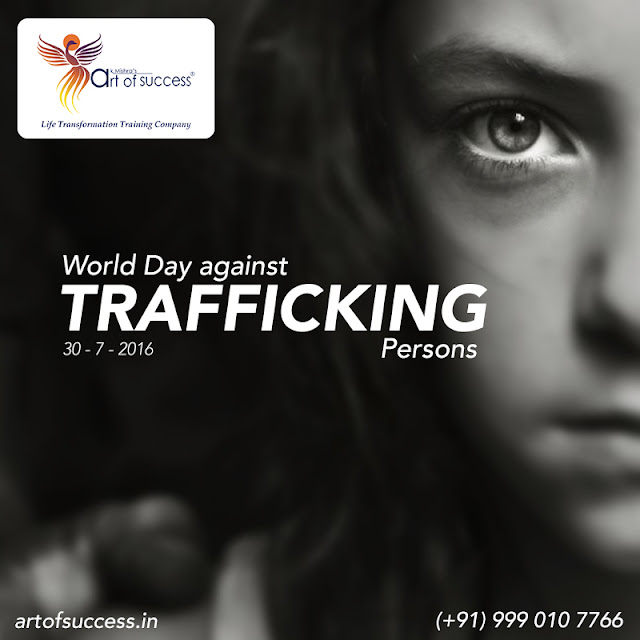 We all human beings have equal rights regardless of gender, race, age, origin, case or class, income or property, social status etc. And we all have equal responsibilities to keep our nation peaceful and crime free. Undoubtedly crime is taking a rise in our country, and each and every common man is responsible for this, as no one makes the courage to raise his/her voice. In order to bring a positive change in or society, we as individual have to be the change.

Human trafficking is a crime that is exploiting children, men and women for several selfish purposes including sex and forced labour. As stated by UN, more than 21 million people are victims of forced labour all over the world. This also includes people who are victims of human trafficking for sexual and labour exploitation. Slavery, in both its ancient and modern forms is not only shameful, but is an intolerable act.

Let’s join our hands together to overcome this transnational threat by supporting and protecting victims while pursuing and prosecuting the criminals. On the World Day Against Trafficking in Persons, let us resolve to act as one in the name of justice and dignity for all.’

There are a lot of things around us that can inspire us to achieve phenomenal success; Seeing other successful people, quotes from great people, and even the sheer beauty of nature reminds us how lucky we are to be alive, but above all these, it's we who need to realize the unconditional potential we possess and our limitless abilities which make us incredibly competent to achieve  our desired success. AK Mishra's Art of Success training sessions help individuals explore unchartered dimensions of success.
at July 27, 2016 No comments:

With the motive to encourage our young generation to explore life beyond boundaries, AK Mishra’s Art of Success is going to organize an orientation session on its foundation course “Take Charge of Life for Teenagers” at Amity University. The seminar will be held at the auditorium of Amity University, greater Noida for the students pursuing Political science. An introduction session on Take Charge of life for teenagers by Success Guru AK Mishra will begin at 3pm and will continue until 5pm on 22nd July 2016.

The session will aim to inculcate in participants the life skills of vision, passion and strongly encourage them to take charge of their lives. The objective of the session is to help students realize their deep-rooted desires and get introduced with their unconditional potential and abilities to reach their desired heights of success. Furthermore, the session will also help participants in dealing with their emotions and confusions in life while assisting them in setting up a right career path.
Success Guru AK Mishra, Inventor and Director of AK Mishra’s Art of Success, being the chief speaker of the seminar will also underline his trademark model, “Human Software Development Programme”, wherein he will explain how to re-program one’s mind with the extraordinary traits to move beyond the conventional boundaries and experience an unexplored world of possibilities. Apart from this, the session will also encourage participants to fully engage in learning process of life and maximize their knowledge through several experiences of life in order to grow wiser and judicious individual.

The session’s approach will be very interactive aided by inspirational videos, movie clippings, motivational songs, interactions, and a variety of other preaching techniques to keep participants wholly involved throughout the session. Students will be encouraged to share their thoughts, views, on-going issues, inherent desires, inbuilt fears and AK Mishra will interact to provide them a clear picture while answering their concerns. He will convert their negative perceptions towards the problems through problem-solving approaches while helping them setting up right goals in life.

When talked to Mr. AK Mishra on this, he said “personal empowerment and Taking Charge of life is about looking at who you are and becoming more aware about oneself as a unique individual. It also involves developing right confidence and strength to recognize one’s true potential and fulfill desired goals in life. Everyone has strengths, weaknesses, and a range of skills that are used in everyday situations, but all often people remain unaware of them or undervalue their true abilities. Therefore, with my training session, I emphasize on making every individual aware about the unique abilities they possess to create wonders in their lives. I wish all the students of Amity university a very all the best for their future success.”

Art of Success for Teenagers - Age to explore unchartered waters

Besides countless numbers of peer pressures, emotional ups and downs, clashes with parents; teenage is still one of the most wonderful phases of life. All a teenager wants is to be what he/she really is but adherence to the values and principles which he/she received from the parents is vitally important. AK Mishra's Art of Success encourages Teenagers to be stylish, Be Loving, Be Trendy, be what you are, but do not forget to be a respectful child of your loving and proud parents.

Another week comes to a glorious end with the arrival of Friday. It’s time to cast aside negative emotions and pursue the things you love. Ginger up your Friday to take the challenges of next week. AK Mishra's Art of Success Training Sessions help participants minimize their stress levels, rejuvenate their soul by offering them a platform to bring out their deep inherent desires & emotions and encourage them to do what they love while releasing the unwanted frustration & anxiety through soul transformation yoga and meditation techniques.

How one should evolve with time by Taking Charge Of Life

AK Mishra's Art of Success organized a life transformation training at Zorba,The Buddha. Mr. AK Mishra discussed the importance of being in charge of emotions and life in order to keep evolving in life with time as the orbit of time keep changing and the one who keeps walking and exploring newer experiences with time achieves progress, happiness and success in all spheres of life.
Every human being is born with unconditional and unique potential, each human being has the power to achieve great and extraordinary success in life, however, right guidance and self-discovery are vital which most of the people fail to get in life which in turns keep them unaware of their true potential. My ultimate motive of Art of Success training programme is introducing people with their true selves and their true potential in order to make them explore extraordinary heights of success”, said AK Mishra.

Beauty lies in the eyes of Beholder – is this really a true statement? 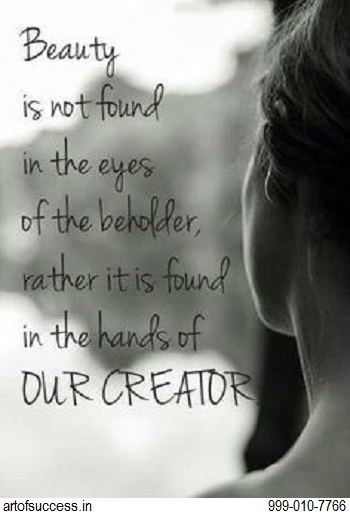 AK Mishra's Art of Success is a life transforming functional model that aims to empower people to not just live life but celebrate it's every moment.